Last week Saturday, May 25th I attended my first ever Comic-Con convention.

Carry on reading to find out how my day went!

COMIC-CON is the most exciting pop culture shows and the only UK based shows that bring together such a broad scope of popular culture categories including; Movies, Gaming, Comics, Anime, Television, Gadgets, Clothing and Toys.

The event started in 1970 as the Golden State Comic-Con, a three-day event held at San Diego’s historic U.S. Grant Hotel. That drew about 300 people.

Comic-Con was founded by comic strip letterer and artist Shel Dorf, who passed away last November and had organized similar events in Detroit. The convention was first called “San Diego Comic-Con” in 1973, with the first “masquerade” — an enduring, annual Comic-Con parade of fan-made costumes — coming a year later. The current name of “Comic-Con International” came in 1995.

MCM Comic Con is THE destination event to celebrate all things pop-culture, it is not to be missed by any geek, nerd, cosplayer, or fanboy and girl! 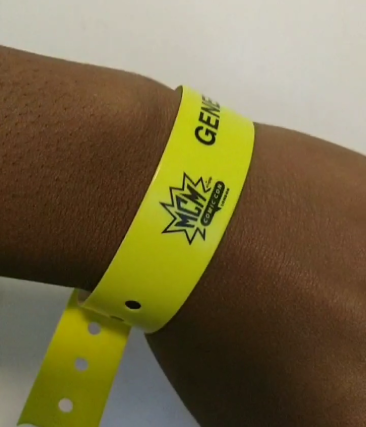 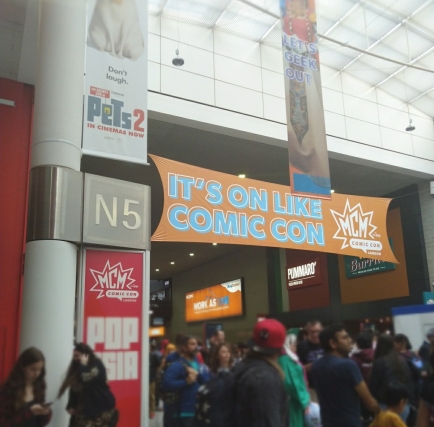 Comic-Con was held at Olympia London, in ExCel London, Royal Victoria Dock. I’ve been to this location before many a time as I attend the annual convention held by Jehovah’s Witnesses in Summertime.

It’s a long journey from where I live to the ExCel Centre, it took at least an hour and 3/4 to get there which is an eternity for disabled folk, especially with chronic pain. I met up with two friends I haven’t seen in a few years so it was really nice to see them again. Once I finally entered the building my bags were checked and because they noticed my walking cane I was able to go straight through to disabled route instead of queuing up. I had my e-Ticket on my phone which was scanned and the wristband was very sturdy and stayed on my left hand the entire time.

Comic-Con ran from 11-7pm, but I didn’t go the whole time. I arrived after 1 and left after 5 taking a different route back home than I took to the venue. I also made sure to carry my back-up battery pack in my rucksack which was a lifesaver because with all the recording and using Google Maps my phone died during the day.

I was in agony before the day even begun but I was overly excited to go and very much looking forward to my first comic-con experience.

The convention was filled with so many cute things. Fluffy toys, fan art, stationary etc.

There was a Pusheen meet and greet stall but didn’t get pictures with him just took some of baby Pusheen. Aint he cute 😅

I decided a few months before I booked my Comic-Con ticket that I was going to Cosplay Ash Ketchum from Pokemon.

I purchased a cosplay outfit from eBay which included an Ash baseball jacket, a baseball cap with Pokemon written on the back and the famous green gloves.

Pokeball – “Gotta Catch Them All” 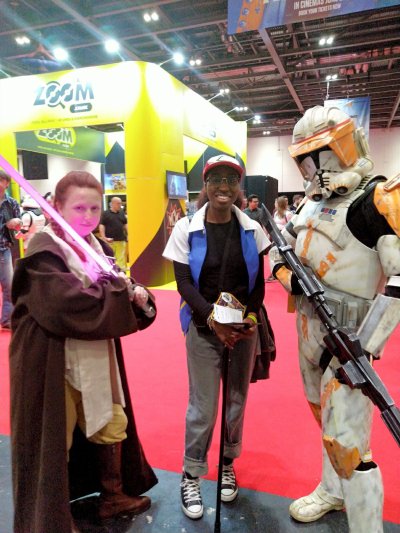 I bought a few keyrings as memorabilia to add to my bag collection.

I really definitely want to go again and will try to think another character to cosplay for next year.

Thanks for stopping by.