So it had been 10 years since I last left the country. Yep, you read that right, 10 YEARS.
To say I was anxious is an understatement, I was ABSOLUTELY PETRIFIED!!
Let me start right from the beginning with my passport fiasco. Here goes. Due to the fact that I hadn’t been out of the country in a decade meant that my passport was well out of date, I’m talking collecting dust in the filing cabinet out of date. I was umming and ahhing about whether I should even go to Paris or not, although it was me who had very spontaneously suggested the idea of a Parisian get away to begin with.
As a Chronic illness sufferer, I was having worries such as, “How am I going to cope with my FMS?”, “Am I even responsible enough to go away to a foreign country?”, “I get lost just leaving my bed, how am I supposed to get around Paris?” I guess you could say I was suffering a case of ‘cold feet’ and my anxiety raised through the roof.
Whilst debating whether I actually wanted to go ahead with this amazing opportunity or not my manager calls and tells me, “The tickets are booked and you’re going to Paris”. “Oh right, so I guess it’s official then”, I say with an excited but worrisome voice. Only there was a major dilemma, I had applied for a new passport but I had only gone and filled in the completely wrong form. I’m telling you, Fibro Fog was obviously working overtime because from that point on everything was all a bit higgledy-piggledy.
After eventually filling in the correct application form I waited with little hope, thinking I wouldn’t receive my passport in time for the trip. Let’s just say those who work for HM Passport Office need a significant raise because I received my new passport in the post within just ONE week of submitting it, twice, due to my error. A miracle? I’d say.

“I could officially say I was a Parisian Tourist”

I’m not a morning person at all, so waking up was extremely difficult and painful for my body to say the least, but I had my alarm set and had to wake up for 3 o’clock in order to meet my travel companions at the train station for 5:10 am.

I hadn’t slept at all during the train ride to Paris. I guess it was mixed emotions of excitement and anxiousness that kept me awake.
No one else had the ticket for the seat next to me so I had the choice of a window seat.
For the next two hours, my sole agenda was looking out of the window and being mesmerised by the breathtaking scenes of empty green fields and looking to the sky as the sun cut through the clouds. As we approached Gare Du Nord station I woke my two traveling companions up, picked up my luggage from the suitcase section and stepped off the Eurostar and that’s when I could officially say I was a Parisian Tourist.

Prior to the trip I had written down an itinerary for us to follow, noted all the places to visit and the transportation needed to get to various locations.
First stop was to Sacre Coeur, which made sense as it was only a few bus stops away from our accommodation in Le Montmartre.
There was a harp player sitting at the bottom of the steps facing towards the Sacre Coeur, who was playing some well known classical songs whilst people sat on the stairs and faced towards him with their undenied attention. He played so well, had a meek disposition and was fully focused on his craft. The best part of it all was when he started performing one of my all-time favourites, ‘My Heart Will Go On’, from the movie Titanic by Celine Dion. It was such a beautiful moment to take in and for at least the next half an hour I sat on those steps, took the time to appreciate and soak in the wonderful weather and scenery, admire of the harp players talent and just realise how truly blessed I was to have made it to a place some people can only dream of. It truly was such a serene moment.
Seeing that harp player at the start of the trip for me was like the warmest welcome I could receive and from then on I knew it could only get better from there.
Throughout the entire trip, my phone was relied upon for directions. As I was the only one with roaming data I had the wonderful responsibility of being the tour guide. If you remember at the beginning I said I get lost easily… Yeah, no pressure then! With the use of rechargeable backup battery packs I was able to keep the juice on my phone going and by the Grace of God it never cut out, not even once. I’ll tell you something else until then I had never truly appreciated the use of Google Maps.

“It’s not everyday I get to wake up in Paris”

By the end of the first day my body really hated me. Muscles were sore, feet swollen and my head pounding. I lay down in the bed thinking, “Why am I even here, I knew this was going to happen”. Those anxious feelings that I had before coming on the trip were resurfacing and hovering over me once again, and despite having such a lovely first day I was no longer in the mood for any of this trip. It’s frustrating how much Chronic illness can bring you down even when in the most beautiful places. I found it hard to fall asleep as the painsomnia reached unbearable heights. The worry of how I was going to get through the rest of the time spent in Paris with weak muscles as my FMS flared up was bringing me down and pretty fast. Trying to distract myself from the thoughts going round in my mind I looked at some of the photos I had already taken of the day on my phone, thinking to myself, “I just need to push through for two more days”, “I’m in so much agony but it’s not every day I get to wake up in Paris”. I said my prayers and eventually nodded off to sleep.

“The difference gave it a beautiful edge”

The atmosphere in Paris reminded me a little of home, which I guess helped to put me at ease especially as I wasn’t feeling well. There were a few exceptions though, for instance, most things are twice as expensive, they drive on the opposite side of the road and completely ignore red lights. Oh yeah, they also allow dogs in restaurants (I won’t get into that).

The thing is, those quirks are what made it so fascinating, the difference gave it a beautiful edge.

Most of all I was in absolute awe with all the mind-blowing architecture all around Paris. Honestly, I couldn’t get enough of it, buildings so well structured inside and out and you could tell how on par they are with maintenance. Whether it was a listed or historic building like Arc De Triomphe or if it was apartments along the main street, they were all so beautifully designed and well looked after.

Using just a Paris Visite Pass we were able to travel around zones 1-3, using the Metro, Ile De France Bus, and the RER, without the hassle of having to buy separate tickets for each journey made whilst in Paris. Making sure to get full use out of these passes we visited at least 12 main attractions in the three days spent there and even had time for a new movie release in a Pathé cinema. There were a few places in particular that I found to be beyond magnificent including, Jardin du Luxembourg, Le Louvre, Tuileries garden, Place des Vosges and I could never forget the amazing views from the top floor of the Eiffel Tower in the daytime and seeing the flashing lights from the Tower at midnight…
That was pretty awesome!!

Stopping to ask people for directions was quite a good experience, Parisian citizens were very friendly and eager to help despite the language barrier. I asked so many random people for directions, including a group of fully armed army blokes walking along Champ de Mars. They were very kind and helped us out. There were many instances where I asked a question in English, the person replied back to me in French and somehow I didn’t get lost and I’m still alive to tell the tale.
The only French word I managed to use correctly with fairly decent pronunciation was, ‘Merci’, which I guess isn’t too bad given I haven’t had a French lesson or had to speak French since school days.

All throughout the time spent in Paris, the weather was absolutely gorgeous, the sun shone but not too humid as a slight breeze was present to keep the air fresh. The skies were clear blue and bright which was rather fortunate for us as October time is normally cold and wet. It was only on the last day when leaving to go back home that it started to rain around late afternoon time, but by then it wasn’t a problem at all as I had already taken all the pictures I wanted and the trip was complete.

Thinking back to before the trip I was able to come up with so many reasons as to why I didn’t want to go despite Paris being a top destination on my wish list. I was anxious about my health and not being able to cope in Paris but the thing is my health is unpredictable, today I might be able to get out of bed (still in pain) and get through the day with a smile and a brave face, however the next day and the weeks to follow I could be a complete and utter mess and not be able to move from the effects of my chronic illness. I was also nervous about being in a foreign country with people I’ve never been away with before and nervous for the unknown. Now that I think about it I can only consider all the reasons as to why it was actually important for me to go, I guess that’s how hindesight works huh.

From this trip to Paris I was able to grow independently and that wouldn’t have been possible if I had never come out of my comfort zone. I’m more than glad that I decided to go in the end because if I didn’t I would have never known what I am truly capable of when I put my trust in my God and believe that despite my circumstance or limitations I can achieve the impossible.

It shall forever go down as one of my most favourite places to be in this world and it was the exact break that I needed at the right time.

From Paris, With Love

Here’s just a few photos I took on my phone of Paris, out of the many hundreds. Enjoy! 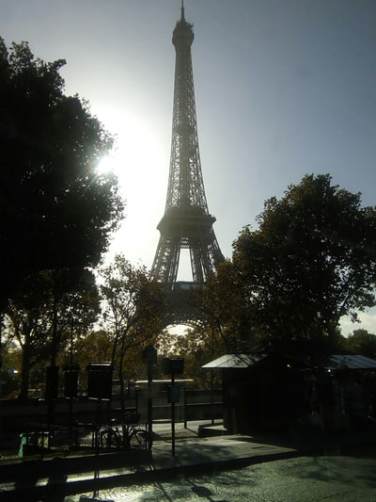 The Eiffel Tower at mid-day 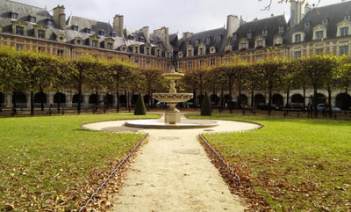 Place des Vosges – I had to capture this photo of the garden. The symmetry was incredibly satisfying 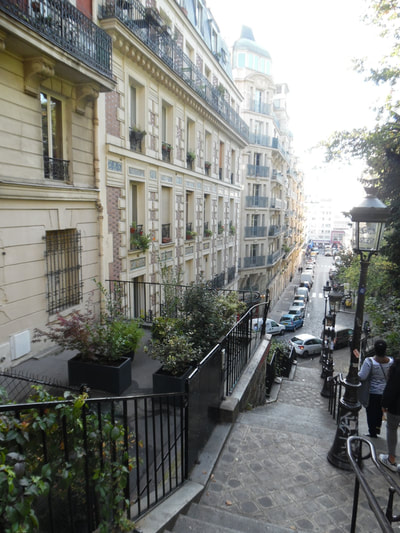 A walk down the local neighborhood in Montmartre 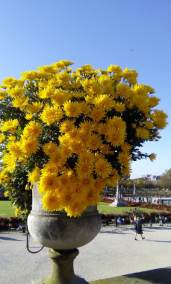 The Eiffel Tower at mid-night

Some amazing architecture at Le Louvre 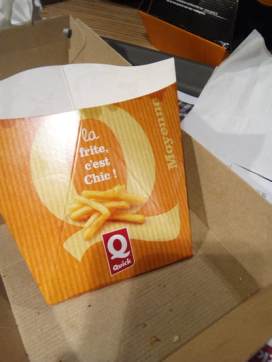 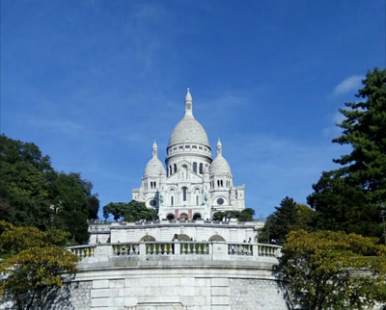 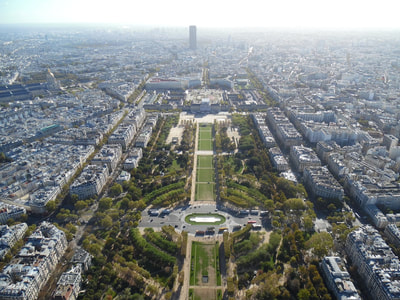 Harp player sitting at the bottom of Sacre Couer. He’s been sitting there and playing in this location for over 10 years. A Legend in my eyes 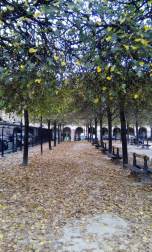 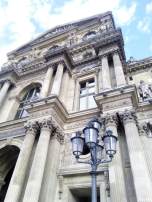